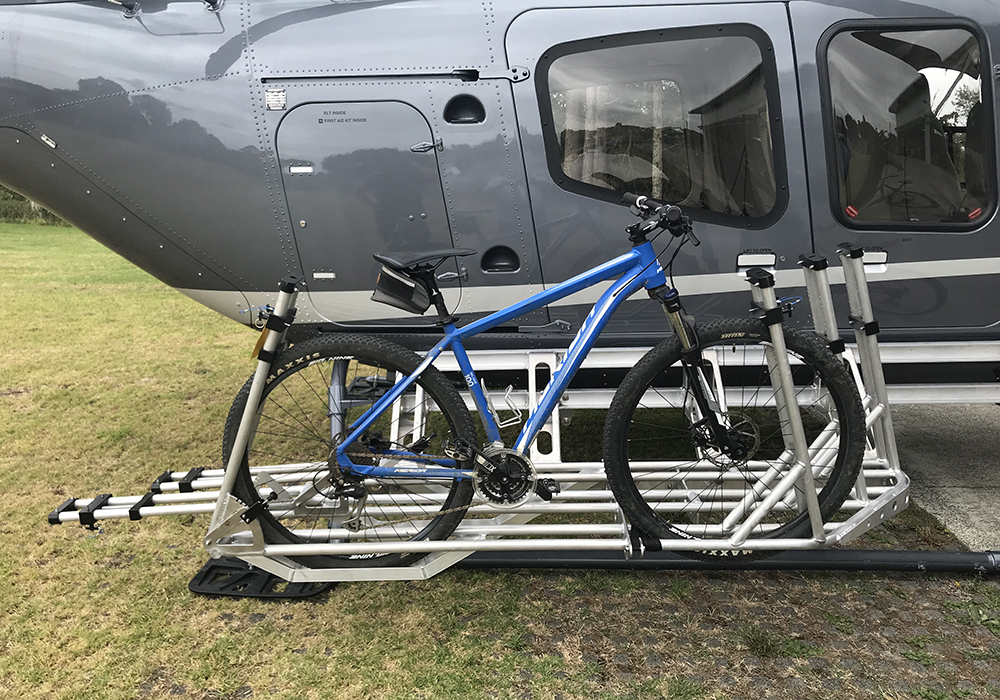 Oceania Aviation’s manufacturing division, Airborne Systems, has just received NZCAA Supplementary Type Certificate (STC) approval for the installation of a new Bell 429 Bike Rack modification. The STC approval has been added to an existing certificate for the Bell 429 Cargo Pod, which the team has been manufacturing for a number of years for the AS350 and the Bell 429. The initial request for this modification came from a customer who already has the Oceania’s Cargo Pod installed on their rotorcraft. Given the success of his pod for cargo transportation, the customer asked if the team were able to provide a system that could transport mountain bikes on the same aircraft. The new Bike Rack will carry up to six mountain bikes at a time and is the first of its kind for the Bell 429 on the market.

The STC for the Bell 429 Bike Rack is currently valid for New Zealand rotorcraft as well as Australian rotorcraft under the bilateral agreement that the NZCAA has with Australia’s regulatory body CASA. The Airborne Systems team at Oceania Aviation may consider getting the Bell 429 Bike Rack FAA approved in the near future, depending on demand from within the US market. They already see a significant amount of demand for their cargo pods and spray systems within the Northern Hemisphere, and their AS350 Cargo Pods are already both FAA and Transport Canada approved. Due to ongoing requests, the team will shortly be working on achieving FAA certification for their AS350 Spray System.